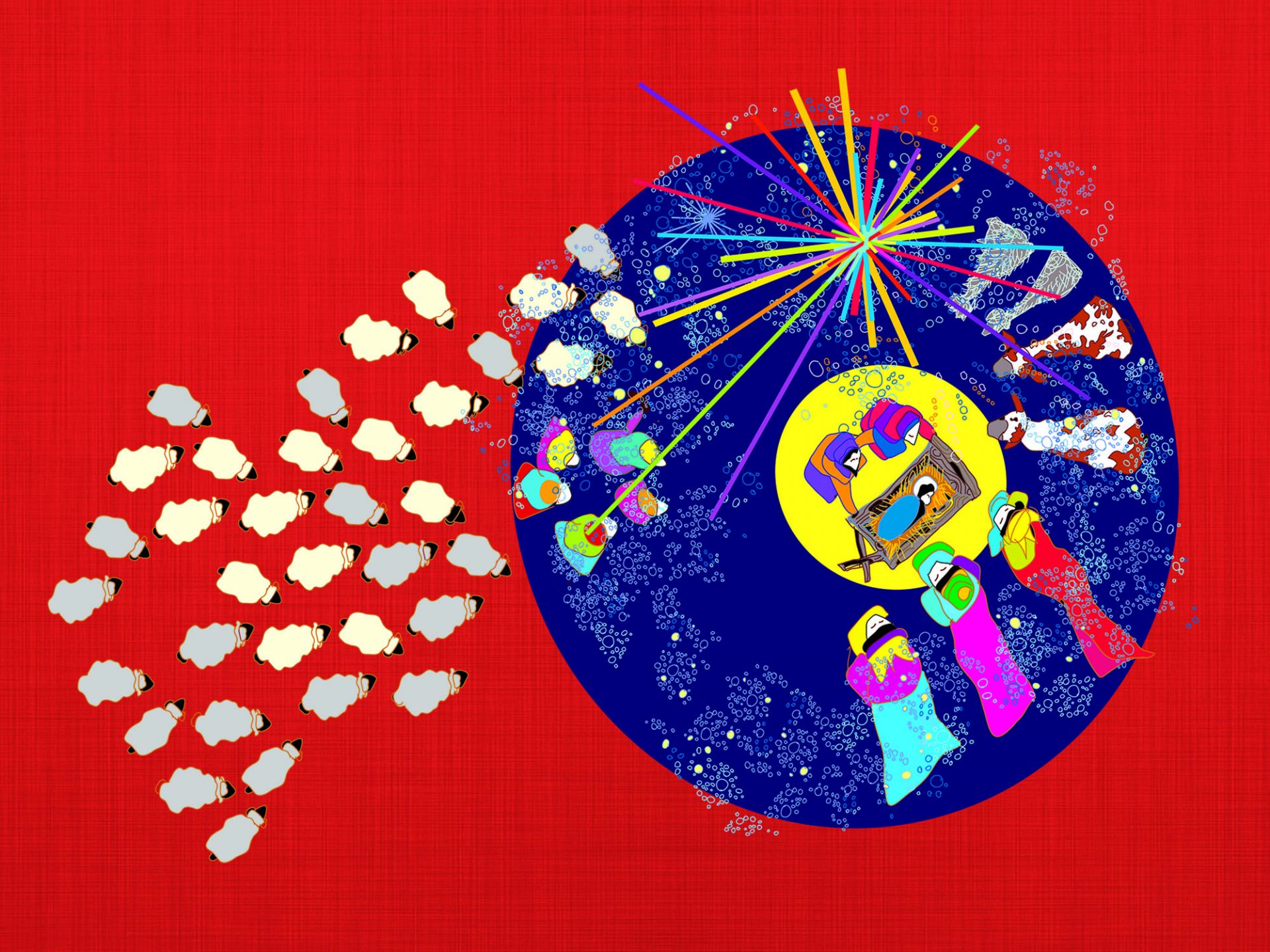 The Birth of Jesus Foretold

When we go from the Old Testament to the New Testament, we just have to turn a page or two in our Bibles. But there were almost four hundred years between Nehemiah and the birth of Jesus. In Jesus’ day, Israel was once again ruled by foreigners. Now it was the Romans instead of the Persians. And the people of Israel were waiting for the Messiah. Would he ever come? The answer was on the way!

The first step of God’s plan to send the Messiah was about to unfold with a man named Zechariah. Zechariah served God as a priest in the temple. He and his wife Elizabeth followed the Lord and obeyed his commands, but one thing made them sad: they had no children and they were getting old. One day Zechariah was chosen to burn incense in the Most Holy Place of the temple. While he was there the angel Gabriel appeared to him.

This certainly didn’t happen every day! Zechariah was afraid. But Gabriel said, “Don’t be afraid, Zechariah. God has heard your prayers and he is going to give you a son. You are to name him John. The Holy Spirit will be with him before he is even born. When he grows up he will bring many people back to the Lord. And he will prepare the way for God to come to his people.”

This was a lot for Zechariah to understand. He didn’t know what to think. “How can I be sure of this?” he asked. “My wife and I are very old.” That was true, but Zechariah forgot that God can do anything. Gabriel told Zechariah that because he didn’t believe God’s word, he wouldn’t be able to speak until everything God had told him came true. At that moment, Zechariah discovered that he couldn’t speak. He had a lot of time to think about what the angel had said, especially when Elizabeth discovered that she was going to have a baby at long last!

Six months later, something even more amazing happened. This time the angel Gabriel came to a young woman named Mary, who was Elizabeth’s cousin. She was engaged to marry a man named Joseph, but she wasn’t married yet. When Mary saw the angel she was afraid too. But Gabriel said to her, “Don’t be afraid, Mary. God is very pleased with you. You are going to have a baby son, and you are to call him ‘Jesus.’ He will be the most special baby that has ever been born, because God himself is going to be his father. God will make him a king in the family line of David and he will reign over a kingdom that will never end.” Mary had questions too: “How will this happen, since I am not married yet?” “The Holy Spirit will come upon you,” Gabriel said, “and because of this, Jesus will be the Son of God.” Mary believed the angel and agreed to be part of God’s plan. Before he left, Gabriel told Mary that Elizabeth was also having a baby—because nothing is impossible for God.

Soon everything happened just as Gabriel had said. Mary went to visit Elizabeth and, as soon as Elizabeth saw her, Elizabeth’s baby jumped inside her. Elizabeth said Mary was blessed to be the mother of her Lord and Mary praised God too. Zechariah couldn’t say a word, but when his son was born, Zechariah told the family in writing to name his son John, and at once he could speak again!

Did you know that Mary’s son Jesus was both man and God at the same time? That is very important. As a man, Jesus carried our sins for us on the cross and took our punishment. He lived a perfectly holy life without ever sinning. And because he was God, he grew up to heal the sick and raise the dead. Death could not win over him. Jesus came back to life on the third day so that some day we can rise and be with him in heaven.

Let’s Talk About It!

The Birth of Jesus

When Joseph found out that Mary was having a baby, he was confused and upset. He knew he wasn’t the father, so he planned to end their engagement. But before that could happen, an angel came to him in a dream. The angel told him, “The baby growing inside Mary is from the Holy Spirit. Don’t be afraid to marry her. She will give birth to a son and you are to give him the name ‘Jesus,’ because he will save his people from their sins.” Joseph listened to the angel and obeyed the Lord.

After they were married, Caesar, the Roman ruler, commanded every man to register his name in his hometown so all the people could be counted. Since Joseph was a descendant of King David, he had to travel to Bethlehem. When Mary and Joseph arrived, it was so filled with travelers that there was no place to stay, even though it was time for her baby to be born. So Mary gave birth to Jesus in a stable, where animals were kept. She wrapped him in swaddling cloths and laid him in a manger, where animals ate their food. It didn’t seem like a special beginning, but it was.

Outside the city that night, some shepherds were watching their sheep. Suddenly, an angel appeared to them. The shepherds were terrified, but the angel said, “Fear not! I bring you good news of great joy for all people.

Today the Savior has been born in the city of David. He is Christ the Lord! This is how you will know him: you will find a baby wrapped in swaddling cloths and lying in a manger” (Luke 2:8–12). Then angel after angel filled the sky, praising God. The shepherds could hardly breathe after seeing all the heavenly glory. Most people ignored shepherds, but angels had come to visit them! When the angels left, the shepherds went to see Jesus. They told Mary what the angel had said, and Mary tucked their words away in her heart. Some time later, three wise men came to Jerusalem, asking everyone if they knew where the king of the Jews had been born. King Herod the Great was the ruler over Jerusalem and he wasn’t happy to hear that kind of talk. He asked the scribes and chief priests what the wise men might be talking about. They told him about an Old Testament prophecy that said a ruler would come from Bethlehem. So Herod sent the wise men off to seek the child. He said, “Please be sure to come back and tell me  where you find him, so I can worship him too.”

But that was a lie. Herod really planned to kill him. He didn’t want to share his throne with anyone. After the wise men left, they saw the star they had been following and it led them to Jesus. When they found him, they fell down and worshiped him and gave him gifts of gold, frankincense, and myrrh. An angel warned the wise men not to return to Herod, so they went home another way. But when Herod realized he had been tricked, he ordered all the babies in Bethlehem to be killed. It was a terrible, evil plan, but God protected Jesus. An angel earlier warned Joseph about Herod, and Joseph and Mary fled to Egypt, where they were safe.

Did you know God planned the exact moment when Jesus would come into the world to save us from our sins? Paul tells us that “when the fullness of time had come,” God sent his Son to redeem us so we could be brought into God’s family (Galatians 4:4). God had our salvation all planned out even before he made the world (Ephesians 1:4). So it was easy for God to tell Joseph that Jesus was the one to “save his people from their sins” (Matthew 1:21).

Let’s Talk About It!

Excerpted from The Gospel Story Bible © 2011 by Covenant Fellowship Church. May not be reproduced without prior written permission.

Best-selling children’s author Marty Machowski’s beautifully illustrated storybook captivates young readers with the heart of the gospel. In this easy-to-read children’s book, families are invited to see Jesus clearly in the people, places, and events of the Old and New Testaments.

Marty Machowski is a Family Pastor and an author of gospel-rich books and curriculum for children, families, and churches. As a faithful husband and father, Marty delights in spending time with his wife, kids and grandchildren. Marty is an accomplished artist, inventor, and outdoorsman, but his greatest passion is his love for the Lord Jesus Christ and proclaiming the life-transforming gospel message to the next generation. His latest books include Brave and Bold, God Made Me for Heaven, and WonderFull. He is also the coauthor of Build on Jesus, written with Deepak Reju. 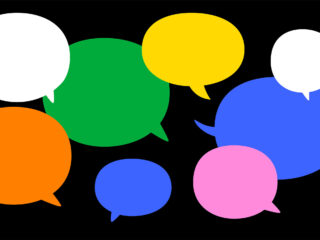 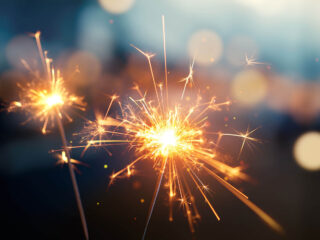