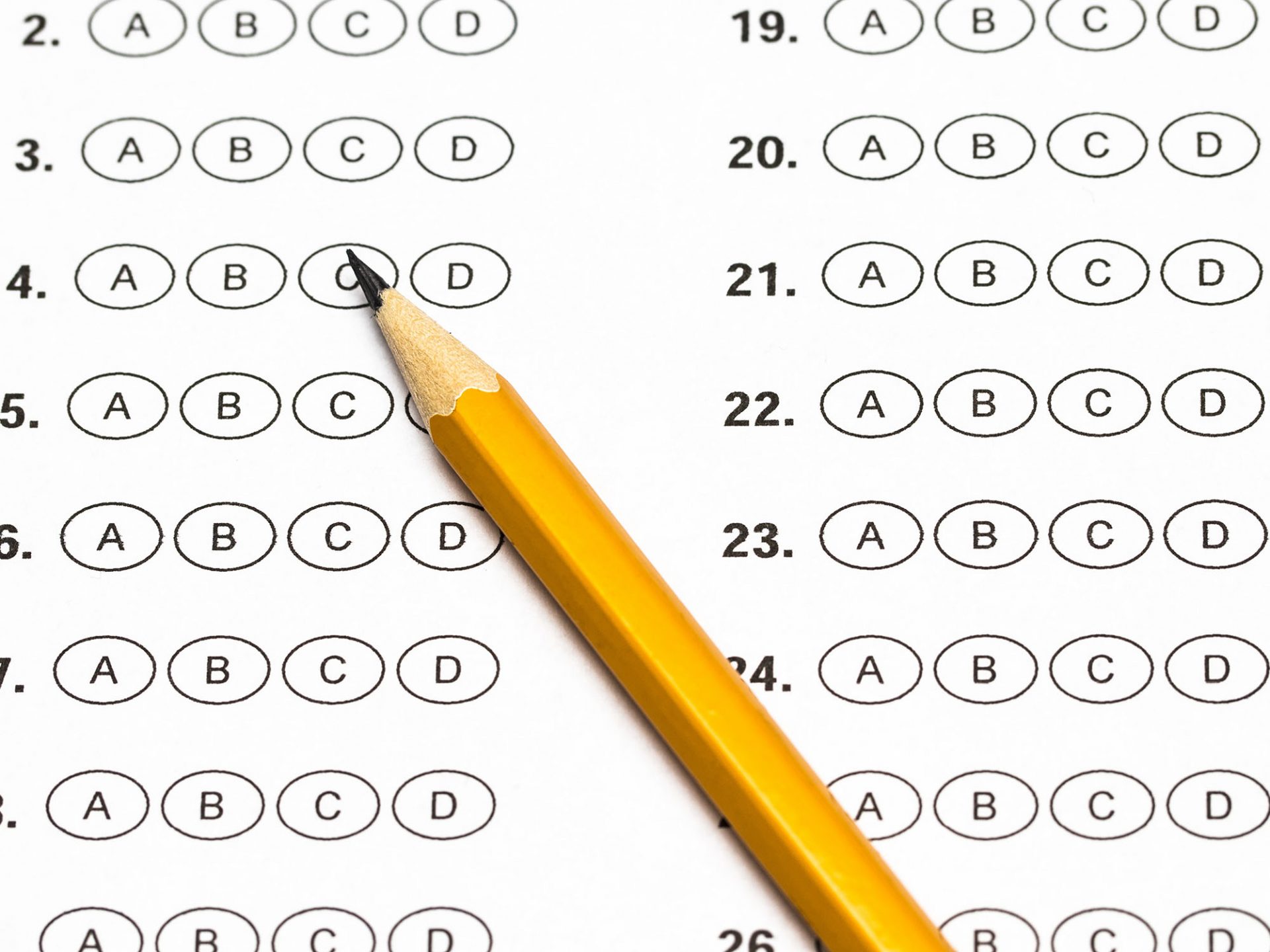 “This grade is going to be on your permanent record. Colleges will see this.”

I remember that oft-repeated phrase that teachers reiterated, starting in the ninth grade. It created a sense of dread and anxiety deep in my gut with each pronouncement. I perceived that teachers were holding it over our heads, as if they held the key to the door of our futures.

Prior to high school, we played after school with foam sabers, but now the stakes were raised: now it seemed like we were playing with real swords. What this meant to me as a teenager was that every assignment—every test, every quiz, every paper, every homework grade—had bearing and determination over my future. One slip-up, one off day, one unit of math that I didn’t understand, one week of missed school, one week of slacking off and—Boom!—my college dreams would explode into a million pieces of shattered glass. A single mediocre mark on my résumé would destroy all of my hopes for the future.

This pressure resulted in a persistent undercurrent of anxiety that was so ever-present it became as normal as breathing. Fear pervaded my life. School felt like the grounds where my entire future depended on my performance on every single test and every single assignment. I carried the weight that only God could carry.

The ugliness of this pressure manifested itself my sophomore year, when I got my first “F” on a chemistry test. The 44 written in bright red ink revealed my profound inadequacy.

I took the test paper, crushed it inside my intensely clenched fist, then unraveled the small wad and tore it into a hundred pieces. With the teacher watching. My stunned classmates—eyes wide open—watched their nice, well-mannered peer transform into a total enraged psycho.

Not My Finest Moment

To whom was my fury directed? Not the teacher. Not God. Not my classmates. I was the object of my own wrath. I poured down judgment on myself as I screamed under my breath.

You stupid idiot. You moron. You are such a stupid piece of trash. How could you be so dumb. I hate to admit it, but the words I used to describe myself were far more profane than that.

I wasn’t even embarrassed at my toddler-style tantrum and my profanity-laced self-shaming. To me, my inadequacy was so flagrantly obvious that I couldn’t understand why my outrageous reaction surprised my peers.

The pressure and performance all pointed in one direction: my college résumé. Résumé-building consumed my life. Every activity had to be added to this growing document. Every waking minute involved studying or extracurriculars.

As a result, every single endeavor took on life-and-death stakes because, in my mind, my future happiness and well-being hinged on my performance in high school and on the quality of my résumé. Even though I did have a spectacular résumé and I did get into the highly-ranked college of my choice, I look back on my adolescent self as an unhappy person. I felt as if I lived in a locked closet, chained to a treadmill that never stopped running.

If the Apostle Paul Had a Resume

Résumés are not a modern invention, and they don’t only relate to colleges and jobs. The apostle Paul listed his religious résumé in Philippians 3 when he wrote, “If anyone else thinks he has reason for confidence in the flesh, I have more: circumcised on the eighth day, of the people of Israel, of the tribe of Benjamin, a Hebrew of Hebrews; as to the law, a Pharisee; as to zeal, a persecutor of the church; as to righteousness under the law, blameless” (vv. 4b–6).

Before Paul came into a saving relationship with Jesus, he was a spiritual rock star in the Jewish faith. He had religious status through birth. As one circumcised on the eighth day, and of the people of Israel, he was a pure-blooded Jew, which meant something in those days. As a person born of the tribe of Benjamin, he was from the most prestigious of the Israelite clans. As a “Hebrew of Hebrews,” this meant that his family spoke Hebrew, which was a status merit badge among Jews.

From a Jewish standpoint, people would have envied Paul’s status. He was the kid from the “right” family. He reeked of impressiveness.

While the first half of the apostle’s résumé contained attributes that he was born with, the second half had everything to do with his achievements. Paul practiced Judaism as a Pharisee, the strictest, most respected sect of Jews. As a persecutor of Christians, he demonstrated the highest passion and intensity. With regard to observing the law, his observance of the Jewish rituals and regulations neared perfection.

Paul earned the perfect religious résumé. If he were an athlete, he would have been All-American with dozens of scholarship offers and a chance to play in the pros. If he were a student, he would have had a 36 on the ACT, 5’s on all of his AP test, and acceptances from Ivy League schools. If his thing had been social media popularity, he would’ve had 20,000 friends on Instagram and a YouTube channel with a million subscribers. He had reached the top.

But here’s the problem: Paul was miserable.

The Fear of Imperfection

However, like me, Paul never realized this until he tasted the freedom of the gospel and the joy of a relationship with Christ. When he turned his life over to Christ, he found a peace, hope, and love that he had never tasted before. He experienced such satisfaction that he deemed his past deeds as “rubbish” (or “dung,” as some translators interpret it—see Philippians 3:8 CSB).

In Paul’s former life, he had to earn his righteousness every day. He had to win God’s approval with each religious challenge. Each new day constituted a proving ground. Each moment a risk of falling from perfection into failure and shame.

I don’t know about you, but I can relate to Paul. Every day as a teenager, I felt so much pressure to be impressive and I experienced so much fear of imperfection. Paul and I had two misunderstandings.

First: you may not realize this, but, because of our sinful nature, we all live with an impulse to create our own righteousness through performance. We all have this sense that we are not quite good enough. This sense, this fear of imperfection, is actually true. As sinners, all people “fall short of the glory of God” (Romans 3:23b). In order to enter into relationship with a holy God, we must have all of our sins washed away. We need his righteousness to cleanse us—so we can be completely loved and accepted by God.

All sinners have the same initial misunderstanding about righteousness. We try to earn it through performance, which we might pursue in sports, popularity, school, morality, or appearance. Where performance pressure exists, we try our best to succeed.

Second: my obsessive pursuit of the perfect college résumé was really just a manifestation of me trying to make myself “enough” in God’s eyes and my own. It was me trying to manufacture my own righteousness. This striving exhausted me. Why? Because only God can make us righteous through grace.

The Jesus I Wish I Knew in High School

I was a Christian. I had asked Jesus to be my Savior as a third grader. I attended church weekly, read my Bible, and shared the gospel with others. I primarily understood the gospel as my ticket into heaven. I did not realize that the gospel gave me peace, freedom, and comfort in this life.

This changed when my life of performance finally ran me into a spell of deep depression and anxiety. My pastor told me, “The gospel is rest. The gospel means Jesus carries the burden of your life. The gospel means you will never have to prove yourself again.” For the first time in my life, I realized that I was enough. Jesus had given me his righteousness as a free gift. God had made me enough by grace through faith. And, like Paul, all my successes seemed like garbage compared to the peace and comfort of knowing the gospel of grace.

The Jesus I Want You to Know

What I wish I had known—and what I want for you—is to know that you are enough through Christ. You don’t have to prove yourself. You don’t have to impress anyone. If you trust in God’s grace through Jesus Christ, rather than your own spiritual performance, you will know the Lord has made you perfectly acceptable in his eyes. There is nothing more to prove.

Rest in comfort: through Christ, you are enough.

The Jesus I Wish I Knew in High School

The pressure of being a teenager can be overwhelming. But the hardest thing can be feeling alone, that you have no one to share your most difficult problems with. In The Jesus I Wish I Knew in High School, thirty authors from many different backgrounds come together to say, “We get it—and Jesus gets it too.”

Excerpt adapted from The Jesus I Wish I Knew in High School © 2021 by Cameron Cole and Charlotte Getz. Published by New Growth Press. May not be reproduced without prior written permission.

Photo by @alexskp on Freepik.

Cameron Cole is the Director of Children, Youth, and Family at the Cathedral Church of the Advent in Birmingham, AL. He is the founding chairman of Rooted Ministry, the editor of Gospel-Centered Youth Ministry: A Practical Guide, the coeditor of The Jesus I Wish I Knew in High School, and author of Therefore I Have Hope: 12 Truths That Comfort, Sustain, and Redeem in Tragedy. 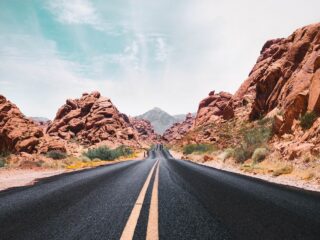 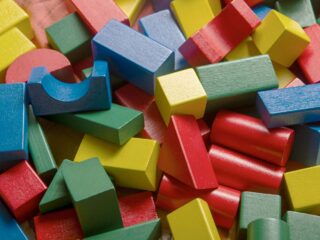 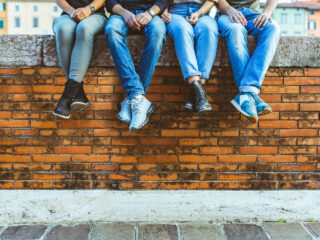 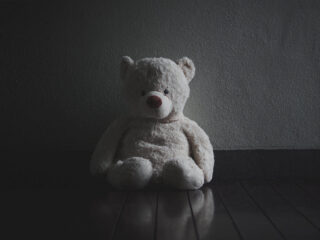