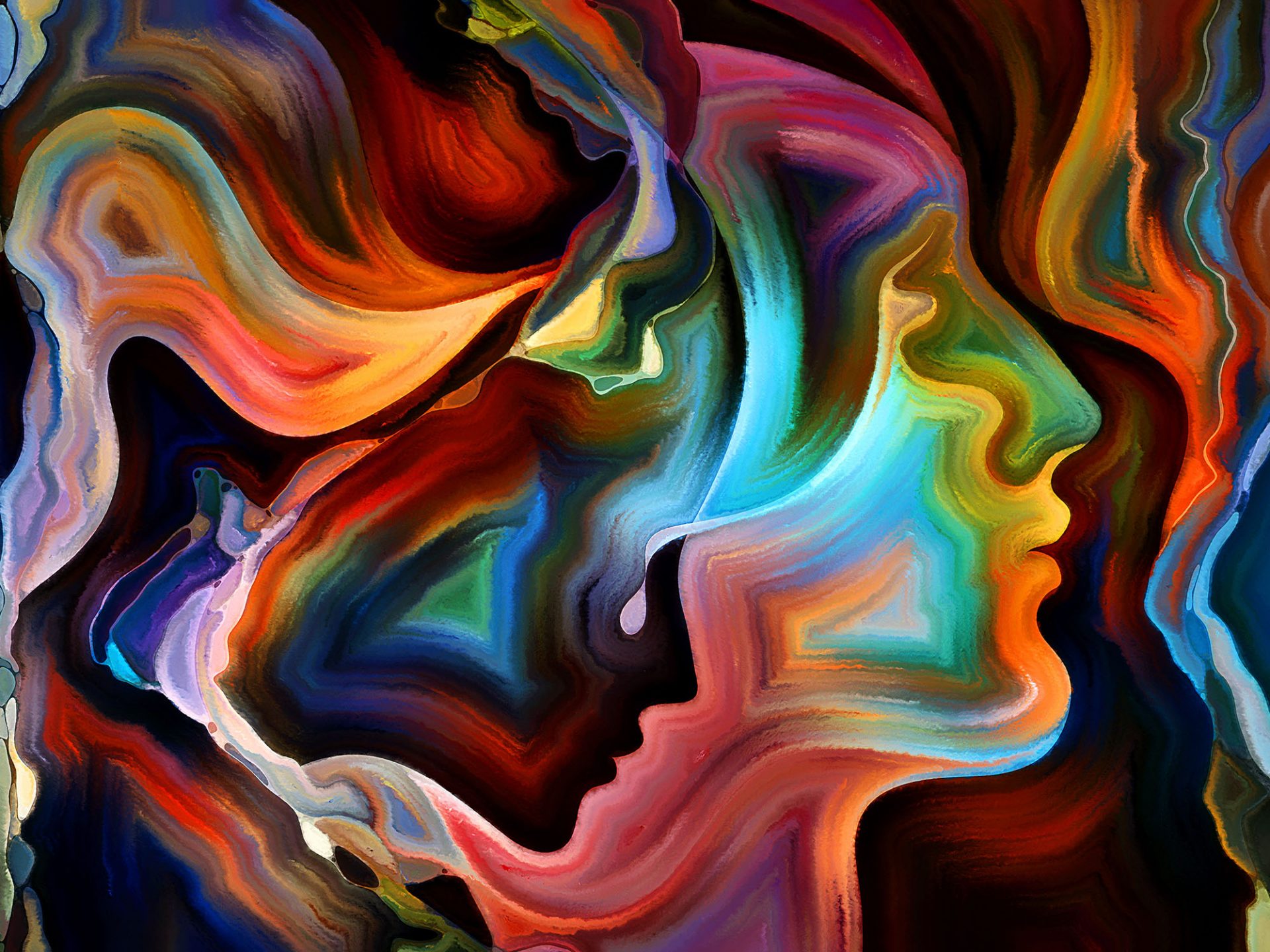 There are ways that psychiatric diagnoses are useful at a macro- (medical-societal-cultural) level of care. They improve reliability in diagnosis among different mental health providers, are foundational in psychiatric research, guide insurance reimbursement, and serve as the basis for educational services, all of which are valuable. Just ask any parent of a child with special educational needs and you’ll learn the importance of receiving a proper and explicit diagnosis.

But I want to focus on the potential usefulness of psychiatric classifications at the micro-level, in the context of one-another ministry. I hope this will especially help those who are “too cold” toward these diagnostic categories.

Finding a helpful Place to Start

First, psychiatric diagnoses organize suffering into categories that prompt focused attention. Put another way, the DSM helps you identify patterns of experience. It makes you aware of human struggles you perhaps didn’t know existed and therefore encourages a caring and careful exploration of such struggles.

When I was a counseling intern at CCEF, one of my first counselees was a gentleman diagnosed with Asperger Syndrome. I had never heard of Asperger Syndrome before. By looking at the diagnostic criteria for Asperger’s and learning that it was an autistic spectrum disorder, I was able to go into my early sessions with at least the basic contours of a typical struggle in mind. That, in turn, allowed me to ask well-suited questions that he could answer and flesh out with details of his experience. It helped me to better discern when my counselee might be unable to do something rather than simply unwilling to do something. It helped me to better distinguish between weakness and sin, between “can’t” and “won’t.”

Now, if you are someone who is very skeptical of psychiatric diagnosis, you may say that I could have obtained the same information with good data-gathering skills. Perhaps, but I believe it would have taken longer. And I may not have seen the relationship between the parts of my counselee’s experience. While we have seen the danger of putting all our eggs in the diagnosis basket, let’s not overlook patterns of struggle that have been identified in the DSM.

One corollary of the idea that a diagnosis represents a clustering of experiences is this: we can profit from the published experience of those who work, perhaps exclusively, with one type of problem. In my work with counselees struggling with obsessions and compulsions, I have gained insight by reading both secular and Christian authors. In all cases, I submit what I’m reading to a biblical framework, since secular conceptualization of people’s struggles and secular methodologies to help them are not “neutral.” That is, they come with a particular slant on human beings and their problems that will not generally be in line with Scripture. At the same time, case observations from secular practitioners can send us back to Scripture to further understand and develop a biblical perspective of what they saw in incomplete ways.

For example, in my early work with people enslaved by obsessions and compulsions, I found it instructive to read about the six patterns of thinking commonly present in those diagnosed with OCD (obsessive-compulsive disorder): inflated responsibility, over-importance of thoughts (taking one’s thoughts too seriously), overestimation of threat, the importance of controlling one’s thoughts, intolerance of uncertainty, and perfectionism.1 I might have identified those same patterns of thinking as I accumulated case wisdom, but having those patterns in mind early on gave me a jump start in considering how biblical themes and categories address the views of God and self that underlie those ways of thinking.

From a biblical perspective our cognition (our thought life) is not neutral. That is, our thinking is “covenantal”—either oriented toward revealed truth about God and his world or away from it. A persistent thought—“I must be absolutely sure I turned off the stove” (even after I’ve checked it five times already)—reveals the need for a growing trust in God’s power and presence in the particulars of life. It reveals a mindset in which I am totally responsible for preventing catastrophe in my life. It reveals the need to entrust ultimate care for my life to a loving Father in that moment of indecision and fear. The non-neutrality of cognition is also evident (and perhaps more easily demonstrated) in the catastrophic, black-and-white thinking often present in depression: “I’m a total failure.” Or “Nobody likes me.” These statements carry an interpretation of life that has become unmoored from the realities of redemption the person possesses in Christ.

Seeing Each Person as an Individual

Second, diagnoses remind us that this person’s experience is indeed different from mine. This keeps us from oversimplifying and suggesting well-meaning but potentially superficial approaches to a person’s struggle. (Of course, I highlighted the flip side of this earlier: over-reliance on a diagnosis may also lead to well-meaning but superficial approaches to the person’s struggle.) Now, hopefully, we would come to similar conclusions just by sitting with the person and proactively entering his or her world. Diagnosis or not, we want to take the time to know someone before we dive into perceived solutions for the problem. But the presence of a diagnosis may mean that while there are commonalities of struggle between us, this person is likely to be struggling in more specific and intense ways. For example, we all get anxious, but not all of us have experienced panic attacks. We all have seasons of discouragement but not all of us have months of bone-numbing depression. We all have experienced scary events but not all of us are haunted by flashbacks and intense fear. Many of us like order in our lives but far fewer of us are paralyzed with the need to have perfect symmetry and organization in every part of our living space. These differences cannot be overlooked.

Why? The greater the intensity of suffering, the greater the need to carefully study people and carefully study the Scriptures in order to bring wise biblical perspective to their problems. A diagnosis sometimes sends us running back to the drawing board in terms of how we seek to use the biblical story to minister to someone. It’s easier to minister to someone very similar to us. It’s more difficult with someone different from us. A diagnosis waves a yellow caution flag that says, “Slow down! Be quick to listen and slow to speak! Take the time to discern the complexity of this person’s struggle as a sufferer and sinner before God.

Third, certain diagnoses suggest particular patterns of severity and danger. If you don’t see a symptom within a larger context in which certain thought processes, emotional fluctuations, and actions hang together, you run the risk of minimizing potential danger. For example, is the excessive energy, talkativeness, and self-focus you’ve seen in your friend over the last two months a manifestation of pride and self-centeredness? Possibly. But have you considered that those symptoms might represent the early stages of mania? If that’s true, it suggests that an even higher level of vigilance is needed, both spiritually and medically.

Reminding Us that More Lies Underneath

Fourth, along these same lines, some diagnoses remind us of a more central role of the body in a person’s struggle. Psychiatric diagnoses remind us that we are embodied souls. We know this clearly from Scripture! But functionally speaking, we sometimes over-spiritualize troubles with emotions and thoughts. When you consider the spectrum of psychiatric diagnoses, it is clear that years of research demonstrate that some diagnoses may have a stronger genetic (inherited) component of causation than others. These include schizophrenia, bipolar disorder, autistic spectrum disorder, and perhaps more severe and recalcitrant forms of depression (melancholia), anxiety, and OCD.

Another way of saying this is that although psychiatric diagnoses are descriptions and not full-fledged explanations, it doesn’t mean that a given diagnosis or symptom holds no explanatory clues at all. Not all psychiatric diagnoses should be viewed equally. Some do indeed have long-standing recognition in medical and psychiatric history, occur transculturally, and therefore are not merely modern, Western “creations” that highlight patterns of deviant or sinful behavior, as critics would say. Observations that have held up among various observers across time and place suggest that some people may have greater bodily “risk” to develop certain patterns of disordered thinking, mood, and behavior.

For example, I’m going to approach psychosis differently than social anxiety, although I will take seriously the struggle in both cases. I’m especially going to take seriously the ministry priority of medical treatments (e.g. the use of antipsychotics) for the person with psychosis. Still, in both cases I’m going to look for the many factors that together may contribute to the person’s struggle. And I’m always going to look for how biblical truth and an ever-present God full of grace and mercy connect with this pattern of struggle.

It is an oversimplification to suggest that unless we can see structural changes at the level of the brain or isolate the singular cause (as with an infectious disease such as strep throat), a diagnosis is not “valid.” There is no doubt that the DSM represents a spectrum—and some diagnoses are more socio-culturally driven than others, as I mentioned earlier. But other diagnoses do have quantifiable, consistently observed brain-based pathology, which underlie descriptive signs and symptoms (such as the dementias or narcolepsy).

Most diagnoses in the DSM (what normally comes to mind when you think of a psychiatric disorder) reflect a blend of various potential causative factors including inherited biological predisposition, situations and experiences, effect of significant relationships, exposure to toxins in the environment, patterns of thinking and desire, personal choices and learned responses, and orientation toward or against God, to name a few prominent ones. (And it becomes even more complex when you realize that all these various factors are involved in a complex feedback relationship involving the human brain.) And within a given diagnostic category (depression or OCD for example), certain contributing factors may be more prominent than others. At the end of the day, the goal is not simply to confirm or condemn a given diagnosis but to carefully, persistently, lovingly, and biblically bring God’s redemption to bear upon people who struggle with the problems encapsulated in a diagnostic description.

Excerpted from Descriptions and Prescriptions: A Biblical Perspective on Psychiatric Diagnoses & Medication © 2017 by Michael R. Emlet. May not be reproduced without prior written permission.

DESCRIPTIONS AND PRESCRIPTIONS: A BIBLICAL PERSPECTIVE ON PSYCHIATRIC DIAGNOSES AND MEDICATIONS

Author and counselor Michael R. Emlet outlines a model of one-another ministry based on how God sees and loves his people primarily as saints, while bringing comfort to the sufferer, and faithfully speaking truth to the sinner.

Michael R. Emlet, MDiv, MD, practiced as a family physician for over ten years before becoming a counselor and faculty member at the Christian Counseling & Educational Foundation (CCEF). He is the author of the books CrossTalk: Where Life & Scripture Meet, Descriptions and Prescriptions: A Biblical Perspective on Psychiatric Diagnoses and Medications, Saints, Sufferers, and Sinners: Loving Others as God Loves Us, as well as the minibooks Asperger Syndrome, Chronic Pain, Angry Children, Help for the Caregiver, and Overeating. 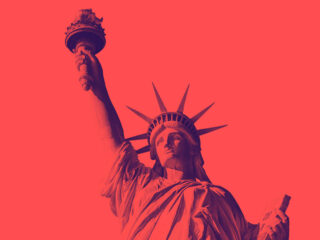 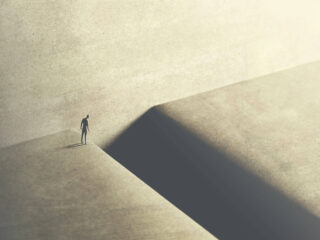 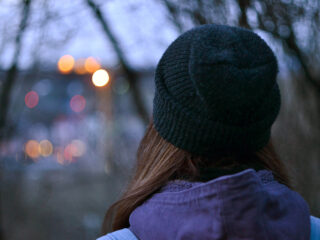 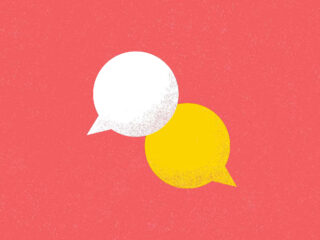