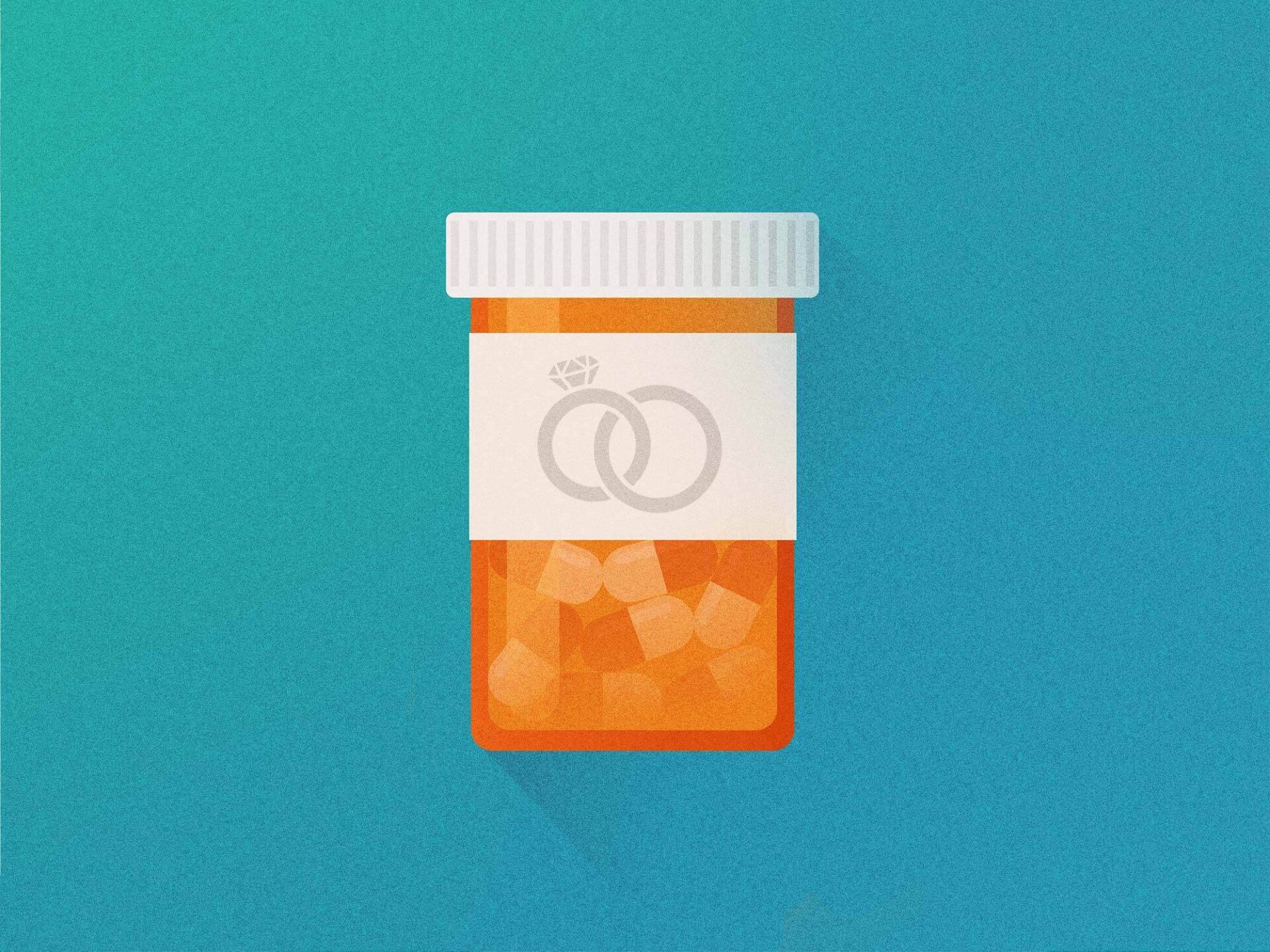 The email came from my friend Doug (not his real name) asking if I could meet with him and his wife to help them iron out some issues in their marriage.

“I mentioned to you briefly at church that I am leaving my job. Although the reasons are numerous, part of it is to work on our marriage. I thought we had some minor cracks but Lauren feels differently. She sees some deep flaws and problems. We don’t have knockdown, drag-out fights; in fact, I can’t remember the last time we raised our voices. But we would both agree that we have had a slow drift and deterioration of our relationship, although we disagree on the severity. The last nine years have been a sprint for me, and the things I made time for were work and kids, neglecting myself and Lauren.”

Having spent nearly three decades cohosting a daily syndicated radio program addressing marriage and family issues, I was not surprised by Doug’s email.

In fact, I was encouraged.

The Quiet Drift toward Isolation

A common trajectory in a marriage relationship is toward isolation. We don’t naturally move closer to each other in marriage. Without proactive effort, we naturally drift apart. Over time, we feel the cumulative effect of the daily dents and dings of stress, family commitments, and job or ministry demands. As we suffer the wounds that come from even seemingly slight sins against each other, we move away from one another to protect our hearts. And when you inch away from each other week after week for a prolonged period of time, you will eventually find yourselves on opposite sides of the house, unable to pinpoint what happened and wondering how you ended up so far apart.

Again, this is the natural drift in a relationship. Resisting the drift requires focus and intentionality. But most couples I know have put their marriage on the back burner. The blur of life has left them with no margin to focus on building a stronger marriage. The demands of work, the needs of the kids, and the calendar full of gatherings and get togethers leaves couples with no time or energy to invest in their relationship.

Even those who set aside time for regular marriage maintenance often don’t know how to use that time wisely. A directionless dinner together, followed by a couple of hours of being in the same room but staring silently at a screen can be the marital equivalent of giving a hungry person cotton candy. He’ll find himself a little nauseated and longing for something more substantive to address his hunger.

I expect that the majority of couples in the church I pastor are in the same place Doug and Lauren are in their marriage. But instead of reaching out for help, most of them are limping along, enduring, hoping that over time, things will magically improve. When they don’t, the gap widens. They find themselves far apart, unappreciated, hurting, hopeless and resigned to enduring a loveless marriage. Or worse, they call it quits.

That’s what happened with my friend Gary.  Because he had neglected investing in his marriage and ignored patterns that were producing growing isolation, he had allowed the early warning signs of trouble to metastasize into deeper, more sinful, more destructive choices in his own life.

By the time he reached out to me to have lunch, he had been sleeping on a friend’s sofa for the past two months.  His wife had coolly and calmly told him she had had enough.  No amount of contrition or groveling or promises to change would move her.  She’d heard and believed too many past pledges to do better, only to see Gary’s old sin patterns reemerge after the storm subsided.  She was not going to open herself up again to trusting empty vows.

I watched Gary tear up at lunch, thinking about his marriage coming to an end, facing the prospects of coparenting his two children, too young to understand why Mommy and Daddy couldn’t live together anymore. He knew he had ignored the flashing red lights on his marital dashboard. Now here he was, staring off into the distance and wishing for a do-over.

Any physician can tell you about the patient who came in complaining about an ache or a pain that had been bothering them for some time, only to learn that what might have been treatable a month ago could not at this point be cured. If instead of ignoring the pain, they had reached out for help earlier, the prognosis would have been positive. Now the physician finds himself with no viable alternatives except for palliative care.

Most of the busy couples I know are inclined to overlook their martial aches and pains. Instead, they decide to limp along for now. But as the pain gets worse, so does their frustration. And the road back to a restored marriage grows longer.

Years ago while I was driving, I remember listening to a seminar message given by author and counselor Dr. Larry Crabb. Something he said in that seminar made me pull the car over to the side of the road so I could write it down. I’ve never forgotten it.

He said, “if you don’t see that Jesus is the answer to your problem—whatever the problem is—then you have not yet properly diagnosed the problem.”

That’s true for the aches and pains and issues couples face in their marriages. Here’s how seeing Jesus as the answer—and believing and applying the gospel—can reverse the trajectory Doug and Lauren are facing.

First, Doug and Lauren can boldly and courageously confront the reality of the sinful patterns and practices in their marriage. Of course they have hurt and disappointed each other. Yes, they have neglected one another. Undoubtedly they will be able to articulate for me specific ways they have borne the brunt of their partner’s sinful words or actions. The gospel message begins with a clear-eyed declaration of the bad news. Doug’s and Lauren’s marriage is not unique. Every husband sins against his wife. Every wife sins against her husband. The specifics may be distinctive in their marriage, but the root issue is common to all marriages. Doug and Lauren are sinners. And sinners sin. As author and counselor Paul David Tripp asks in his book on marriage “What did you expect?”

Of course, acknowledging the reality of our sin does nothing to salve the wounds or heal the hurts we’ve experienced in our marriage. But if the gospel is true, then as Christians, Doug and Lauren both have the freedom to confess their sins without having to bear the shame and guilt that confession can bring. Jesus has borne the shame. He has carried our guilt to the cross and paid the debt. As a result, when we confess our sins, he is faithful and just to not only forgive our sins, but also to cleanse us from all unrighteousness (1 John 1:9). There is now no condemnation for those who are in Christ (Romans 8:1).

Doug and Lauren are going to have to learn how to apply these truths in their lives. They need to learn how to address the reality of their sinful patterns and habits with the confidence that the gospel is true and they are forgiven in Christ.

The Beginning of Real Change

But the gospel doesn’t stop there. It offers the sure hope—the promise—that God, by His Spirit, can and will bring about real change in each of their lives. The Holy Spirit works in the life of every believer to chip away at the stubborn sin patterns that weigh us down. He who has begun that good work in us never quits. He never gives up.

Of course, we have to keep showing up and submitting ourselves to his sanctifying work. We have to be committed to the process. The Bible uses words like strain and stretch and run and discipline to describe the ongoing spiritual battle we face with our indwelling sin. It tells us we must become slaves to righteousness (Romans 6:19). We must be active in the process of putting old patterns to death and putting on and continuing to cultivate new ways of relating to one another (Colossians 3:5-15).

But here’s the payoff for all the work. The promise of the gospel is the promise found in Isaiah 61:3–4. It’s the assurance that no matter where your marriage is today, God delights in giving those who mourn a crown of beauty instead of ashes, festive oil instead of mourning and splendid clothes instead of despair. He promises that he both can and will rebuild the ancient ruins. He will restore the former devastations.

The gospel guarantees we have the grace and forgiveness we need to cover our past sins. Because of Jesus’s death on the cross, God has chosen to remember our sins no more (Hebrews 8:12).

The gospel also offers the grace of new life and complete transformation, as in the power of the Spirit, we confront our stubborn sin patterns and cultivate new ways of relating to one another.

And the gospel promises the hope of restoration, as we continue to fix our eyes on Jesus, the author and finisher of our faith (Hebrews 12:1).

I’m hopeful for Doug and Lauren. Realizing there is an issue and having the courage to get help for their marriage is a huge first step. Believing and applying the gospel to the aches and pains of their marriage comes next. As they move forward in humility, I know God will meet them with his grace (1 Peter 5:5). And grace changes everything.

Build a Stronger Marriage: the Path to Oneness

All marriages face seasons of distress and frustration—times when thanks to a variety of factors you don’t feel as close as you once were. Bestselling author and longtime FamilyLife Today cohost Bob Lepine helps you work through the challenges that emerge in every marriage, causing couples to become isolated and alienated.

Bob Lepine serves as the teaching pastor at Redeemer Community Church in Little Rock, Arkansas and was the longtime cohost of FamilyLife Today®. Lepine speaks regularly at marriage conferences and pastors’ events. He is the author of Love Like You Mean It: The Heart of a Marriage That Honors God, The Christian Husband, and Build a Stronger Marriage. Bob and his wife, Mary Ann, have five children and ten grandchildren. 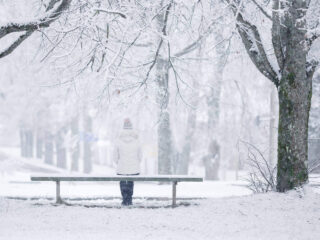 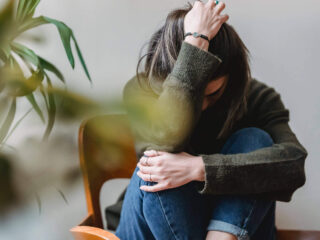 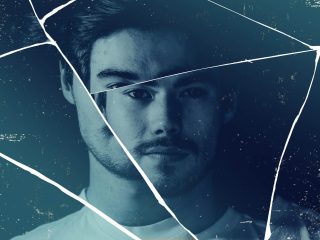 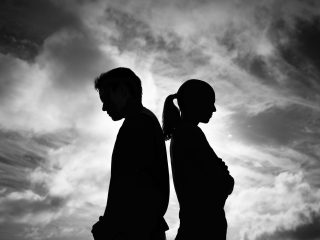