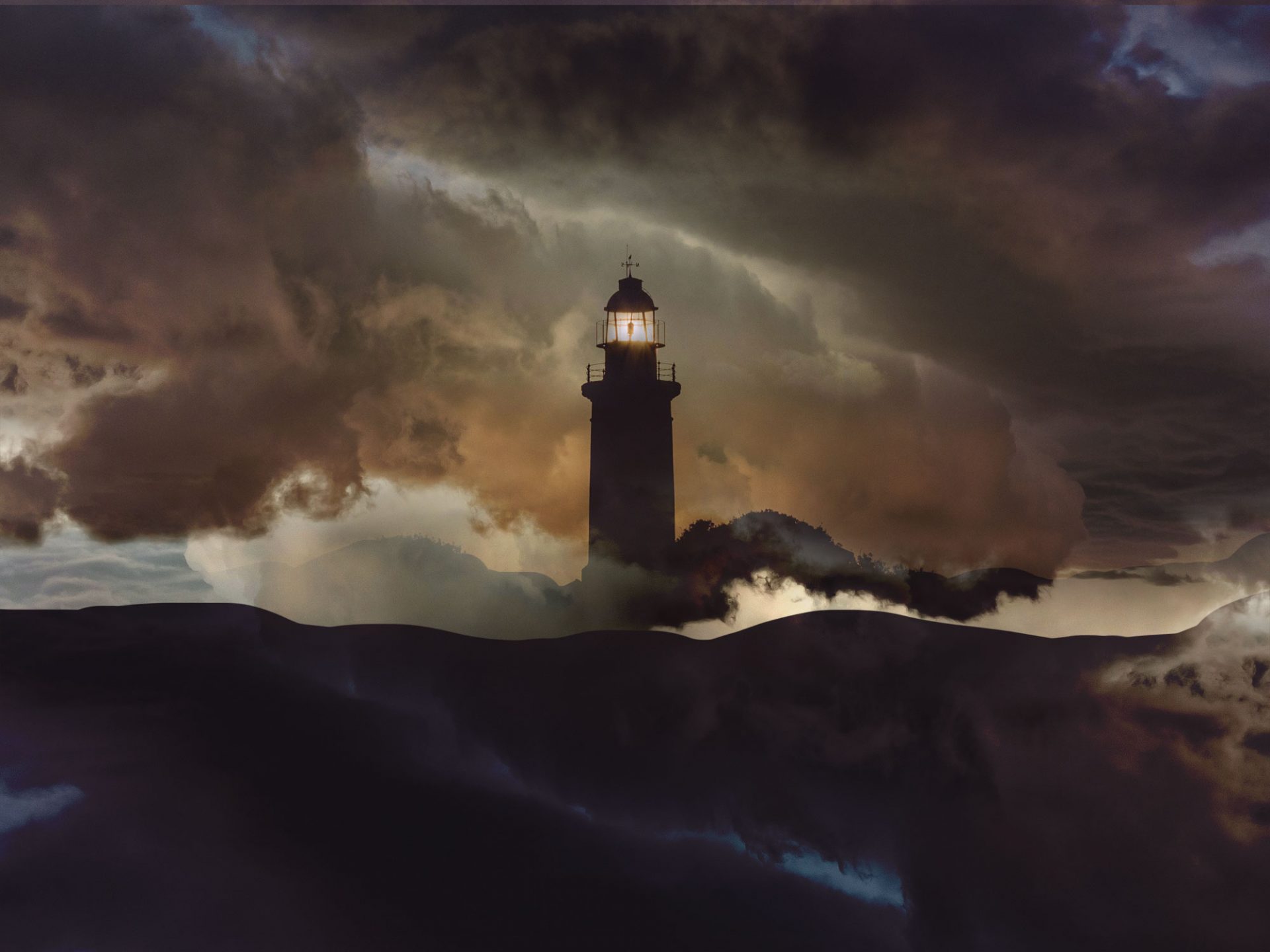 The American church suffers (among other maladies) from a severe case of chronological snobbery—the idea that we know better than the ancients that precede us. Because we feel we have become more advanced in our perceptions of the world around us, we tend to think we have outgrown the teaching, prayers, and examples of those who came before us. What we sometimes fail to understand, however, is that there is really nothing new under the sun (Ecclesiastes 1:9). Human hearts still struggle with the same temptations and sins, and still need the same answers that our forebears did. The ancients call out to us with wisdom that shames the “wisdom” of our age. And if there was ever a moment to ask for a lifeline from some ancient sages, that time is now. God’s church is facing a moment of internal strife. There’s a brooding and growing spirit of suspicion in the air. Opposing factions are forming over a host of issues. And we don’t seem to be equipped to turn the tide.

Perhaps it is time to look back at how God’s church was equipped to navigate through fractious times. Let’s consider the first-century island of Crete. It was an island of spiritual misfits—brimming (according to their own prophets) with liars, evil beasts and lazy gluttons. And into that hot mess, the apostle Paul was able to launch a breakthrough for the gospel and a local church was birthed (likely during a divinely orchestrated “accidental” stop Paul made on the island as recorded in Acts 27). Soon more churches emerged as the gospel spread and darkness began to see the light of truth. Paul kept moving in his apostolic quest and assigned his protégé, Titus, the task of shoring things up and overseeing the fledgling outpost on Crete.

Can you imagine the enormity of Titus’s task? “Crete? You’re sending me to Crete?”

The Task at Hand

Paul knew what Titus was up against, so he rifled off a word of encouragement and instruction (the New Testament book that bears Titus’s name). There is a lot to glean from Paul’s short dispatch. Among the many critical lessons packed into this small letter, I hear Paul call down through the corridor of time to the modern church: BE NICE!

Does that sound unbearably reductionistic? Even moralistic? Perhaps. But let me explain what I mean: The western church of 2020 is entering a time of increasing and very visible cultural upheaval. The polarization of nations and local communities is palpable. Civil discourse is fractured to the point of being discarded. Forceful one-sided arguments, deception and bullying characterize the modus operandi.

The Cretans would feel right at home.

The Storm is Coming

It has been coming for a good while now, but those storm clouds are no longer on the horizon. They are breaking right over our heads. In his widely acclaimed book of 2016, Confident Pluralism: Surviving and Thriving Through Deep Difference, John Inazu decries contemporary America’s lack of civility in public discourse.  He challenges the reader to discover a “willingness to endure strange and even offensive ways of life.” Both inside and outside the church, we find our country more polarized than ever, drawing more battle lines by the day as people become fractured over every difference of opinion and perspective.

Instead of the church standing as a beacon of grace and life in the middle of waves of cultural and political upheaval, too often God’s people are swept along in the same “us vs. them” cultural tide.

Where is the Church?

It is as if the church has created a 2020 version of the shibboleth. That term is anchored in Judges 12 where the Gileadites distinguished a suspected enemy soldier by ordering him to pronounce the word. If the man pronounced it sibboleth it was an immediate death sentence. Enemy Ephraimites couldn’t pronounce it the “right” way and thus were seized and executed.

Amazing. These near-relatives looked so remarkably similar that they were seemingly indistinguishable except for a minor pronunciation of word that was inconsequential—the Hebrew word for a gentle flowing stream.

It is understandable that a world under the domain of the father of lies whose goal is to steal, kill, and destroy should be rocked with division and hot-headed factions. But what of the redeemed people of God? What of those who renounce the enemy’s ways and choose the way of Jesus?

Embarrassingly, the evangelical church and individual local churches are being rocked by shibboleths being thrown down right and left. What do you think about mandatory mask-wearing? Did you march in a protest? Who are you going to vote for? Or better, who will you refuse to vote for?

Be careful. The next words that come out of your mouth will either prove that you are one of “us” or one of “them” and you will be treated accordingly.

“Remind them . . .  to slander no one, to avoid fighting, and to be kind, always showing gentleness to all people. For we too were once foolish, disobedient, deceived, enslaved by various passions and pleasures, living in malice and envy, hateful, detesting one another. But when the kindness of God our Savior and his love for mankind appeared, he saved us . . .”  (Titus 3:1 –4 CSB)

One of the most piercing themes in the book of Titus is Paul’s clarion call for Christ-followers to make the teachings of Christ beautiful. Following the way of Jesus transforms fools into trustworthy, sensible people. You can see it! Christians begin to live remarkably righteous lives. “Wait—wasn’t he one of the Cretan evil beasts?” Yep! “Hey, I used to hear her bicker and fight about every issue under the sun.” I know! It’s a miracle!

Here in this little book hope springs eternal. Crete (and 2020 America) has to see that Jesus-followers have been miraculously redeemed, cleansed and transformed. Throwing down shibboleths is not the Jesus way to engage with your fellow Cretans. And it certainly should not be the way brothers and sisters engage within the family of God.

Between you and me, I’ve heard quite enough from contemporary pundits. I’m going back to some ancient voices. Want to join me?

TITUS: LIFE-CHANGING TRUTH IN A WORLD OF LIES

In this timely study, Jeff Dodge explores how Christians are called to share the gospel message with the world—free of do-good, moralistic, try-harder religion, while also boldly calling those who believe to a gospel-centered, radical new life of love.

Jeff Dodge, MDiv, DMin, PhD, is the teaching pastor at Veritas Church in Iowa City, Iowa. He also directs Veritas School of Theology and serves as Assistant Professor of Theological Studies at Midwestern Baptist Theological Seminary in Kansas City. Jeff and his wife, Teresa, have four children and several grandchildren. He is the author of Gospel 101: Learning, Living, and Sharing the Gospel and Titus: Life-Changing Truth in a World of Lies (part of The Gospel-Centered Life in the Bible series). 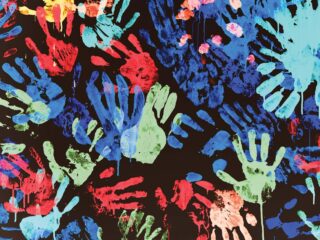 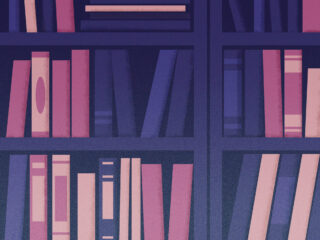 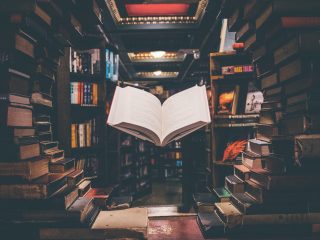