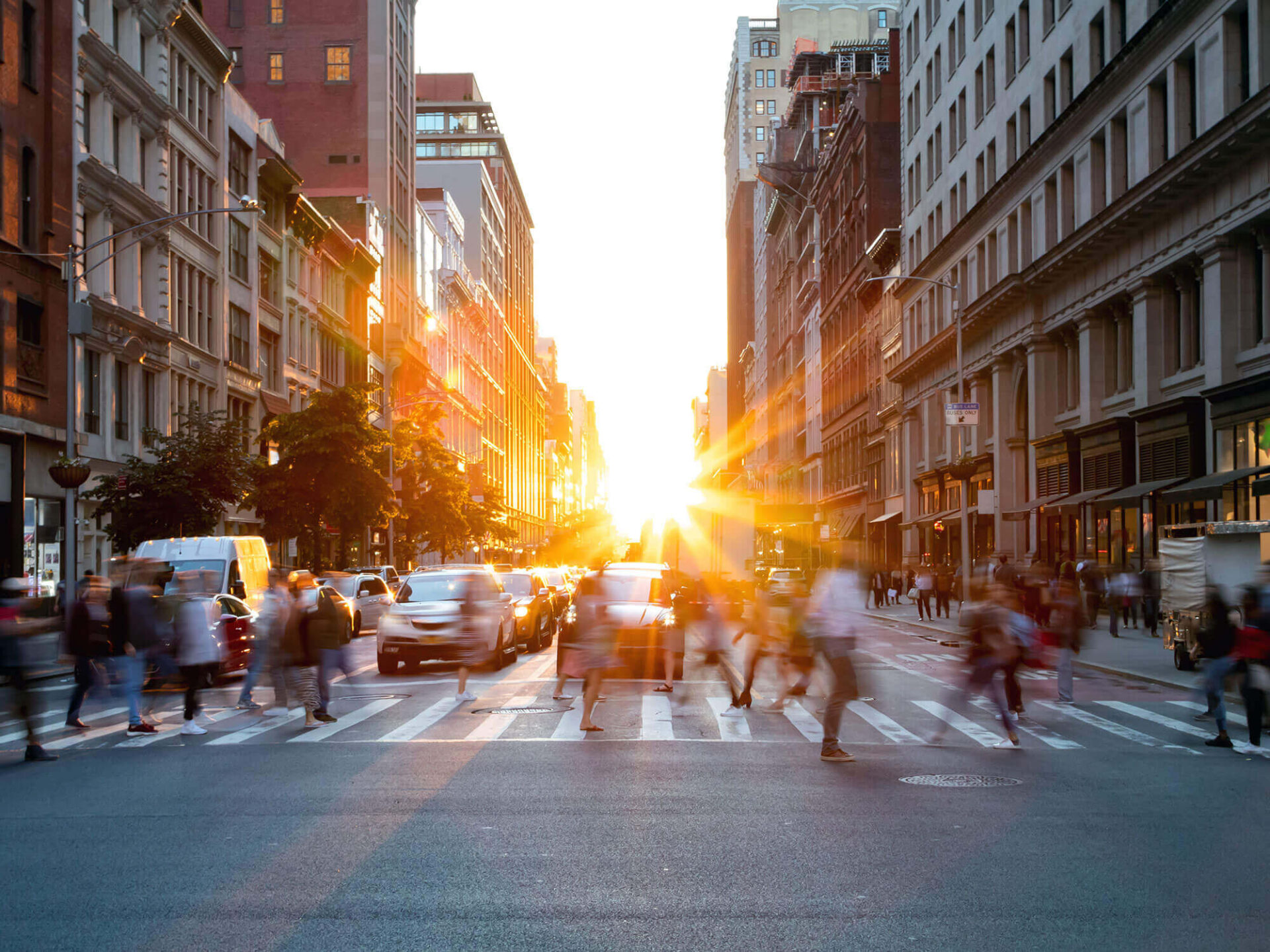 Are you feeling displaced? That’s often what it feels like to be a Christian in an increasingly post-Christian world. You speak the language and understand the culture, yet don’t quite feel at home. How do you live as a Christian in a world that doesn’t share your convictions? Can you still hold firmly to biblical truth even as you love others?

This moment in our culture might seem new to us, but it’s not new in redemptive history. At many times and in many places, God’s people have had to live as “outsiders” in the culture around them. In 1 Peter: Life as an Outsider, Robert H. Thune unpacks how the apostle Peter spoke to these issues in the first of his letters to first-century Christians.

In this interview, we talk to him more about why this Bible study is so relevant for Christians today.

Q: Why is 1 Peter such a relevant book to study today?

Peter’s epistle is a book uniquely suited for our cultural moment. During the two decades I’ve served in pastoral ministry, dramatic shifts have taken place in the cultural landscape here in the US. People have become more strident in their political views, more suspicious of Christianity, and less open to religious conversation. Social media and smartphones have come to dominate our lives, replacing face-to-face interaction with mediated, digital connection. Every topic—from sexuality to ecology to education—has become politicized. Christian unity is crumbling; tribalism and fragmentation abound.

In a moment like this, what does faithful Christian discipleship look like? How can we joyfully thrive as God’s people in the face of opposition and uncertainty? That’s the question we need to answer, and it’s where Peter’s first epistle can help us.

Q: What were some of the cultural challenges that first century Christians experienced?

Here’s how New Testament scholar Karen Jobes describes some of the challenges they faced: “Because of their faith in Christ, they were being persecuted through social ostracism. Slander and malicious talk undermined their relationships with associates and family, threatened their honor in the community, and possibly jeopardized their livelihood. The issues of how to maintain a vital Christian faith in such circumstances and how to respond to such unjust treatment pressed upon them.”

As you can see, the challenges they faced are quite similar to those we face in an increasingly post-Christian world.

Q: You write that Peter’s encouragement and guidance are meant to be practiced in community. Why is it so important for Christians to gather together, not just go about trying to live the Christian life on their own?

I’m not convinced “living the Christian life on our own” is even possible. Americans are very individualistic, and we tend to read the Bible through an individualistic lens. But first-century culture was much more communitarian. In Peter’s opening remarks, he addresses his readers as “exiles of the Dispersion,” hearkening back to the Jewish communities scattered throughout the Babylonian, Persian, and Greco-Roman empires. It’s clear that Peter does not see Christianity as a “me and Jesus” kind of religion. He wants his readers to rely on each other, encourage each other, and draw strength from each other.

Q: What does it mean to be an “elect exile”? Why do we need to have a well-grounded sense of this identity?

One biblical scholar speaks of God “taking hold of a person from the inside.” That’s a great way of describing what happens in us when the Holy Spirit awakens us to our need for a Savior. That’s the “election” part. By calling his readers “elect exiles,” Peter is reminding us that we are living outside our homeland. Because we belong to Jesus, we are never fully at home in this world. Understanding this identity helps us understand how to live within a pagan society. Rather than withdrawal from the world or assimilation to the world, we can practice faithful presence within the world. That’s the Christian way of living in society. Respectful, but different. Present, but distinct.

I wonder if part of the reason for this dichotomy is our failure to think deeply and biblically about how the sovereignty of God works. What if God is doing something through my doing of it? The old Reformation catechisms differentiate between primary and secondary causes: God is the “prime mover,” but he often works out his will through secondary causes. Peter acknowledges that “by God’s power [you] are being guarded through faith.” It’s not as though God’s up there, ruling the universe, and we’re down here, just doing our best to hang on. Rather, God is present with us moment-by-moment, sustaining us in faith. It’s his power that guards us. And he guards us by means of our faith. We hang on to him because he’s hanging on to us.

Q: What is the difference between having a dying hope and a living hope?

The gospel obviously gives us hope in our dying. But it also gives us hope for living! Many Christians look back to some moment in the past when they first believed in Jesus and “got saved.” But Peter reminds us that salvation is also forward-looking. Our salvation is something “ready to be revealed in the last time” (1 Peter 1:5). If you’ve ever run a marathon, or made it through a graduate degree, or gone through treatment for a major illness, you know that looking ahead to the future is part of what helps you persevere. And the same is true in our life with God. To keep trusting him in the midst of present trials, we need a clear vision of the future glory to come. That’s part of what the Holy Spirit is giving us in this epistle. As our faith matures and grows, we should find ourselves anticipating more and more that future day.

Q: How is evangelism today more like it was back in the days of Peter than it was even a generation or two ago? How should we respond to those who are hostile to our beliefs?

Perhaps you’ve noticed that preaching the gospel on a street corner or sharing Christ with a stranger are less welcome than they once were. Not so long ago, religious conviction was honored and respected. Now it’s more likely to be seen as a sign of bias or bigotry. In a culture that’s skeptical or even hostile toward religion, our conduct matters more than ever. Our neighbors don’t just need to hear the gospel; they need to see how it changes people. Peter emphasizes holiness and love as two distinct, visible character traits that should mark the people of God.

Q: Especially when it comes to social media, Christians often respond evil-for-evil just like the rest of the world. How do we break that cycle and what does it look like when we do?

What usually triggers the evil-for-evil cycle is our desire to be vindicated. If someone has spoken falsely about us, we want to make the truth known. If someone harms our reputation, we want to defend ourselves. We want to be justified. But this is exactly the need that Jesus has met for us. As Peter puts it, “Christ suffered once for sins, the righteous for the unrighteous, that he might bring us to God” (1 Peter 3:18). Before God, our reputation is clean and our status is secure. Resting in this truth is what gives us the power to endure evil and reviling and slander. We don’t have to strike back. We don’t need to defend ourselves or justify ourselves or make sure the truth is known. God knows all; his eyes are on the righteous; and we belong to him through Jesus.

Slander, reviling, and verbal hostility are attempts to shame others: to dishonor them, to demean them, to discredit them. But according to 1 Peter 3:16, as God’s people respond to this attempted shaming with blessing and love and peace, the dynamics of shame are reversed. The bullies are put to shame, and the peacemakers are honored. In the moment, turning the other cheek seems weak and foolish and un-heroic. But over time, the world notices, and God is glorified.

Q: No one wants to suffer, but how do we shift our mindsets so that we recognize suffering as a blessing, a benefit, and evidence of God’s favor?

It’s really all about having the right expectations. “Since therefore Christ suffered in the flesh, arm yourselves with the same way of thinking” (1 Peter 4:1). There’s a mindset we ought to have, a paradigm we ought to embrace. The best time to mentally prepare for suffering is before suffering begins. When we endure suffering for our faith in Christ, we are experiencing in history the “sorting out” which is to come at the end of history. If we are willing to suffer ridicule, persecution, slander, and hardship now, we show that we really do treasure Christ that much. He’s worth it to us! And this, in turn, increases our confidence and conviction that we really do belong to God. We see concrete evidence that “the Spirit of glory and of God rests upon [us]” (1 Peter 4:14).

Q: What final encouragement does Peter leave his readers with?

Peter brings his epistle to a close by reminding us that all of history is a tale of two cities: Zion and Babylon. Zion is the holy city: the city where God is worshipped, where God’s presence dwells, where God’s law is obeyed. It’s an image of a place where all is true and good and right—the city that we all want to live in. Babylon is the fallen city: the city where self is worshiped, where power and profit and pleasure reign. Babylon was an actual city in the Chaldean empire; but like Zion, it also becomes a lasting image of worldliness, of all that is opposed to God.

Peter ends the book with greetings from “she who is at Babylon” (5:13). By using “Babylon” imagery, he sums up the book’s basic message: Christians are citizens of Zion who are living in Babylon. We aren’t to get too comfortable; we aren’t to compromise our convictions; and we aren’t to fret when we’re reviled or persecuted. This isn’t our home. There’s a better world coming, and in Christ, we’re already a part of it.

1 Peter: Life as an Outsider

Displaced—that’s what it feels like to be a Christian in an increasingly post-Christian world. You speak the language and understand the culture, yet don’t quite feel at home. How do you live as a Christian in a world that doesn’t share your convictions? Can you still hold firmly to biblical truth even as you love others? Robert Thune unpacks how the apostle Peter spoke to these issues in the first of his letters to first-century Christians. 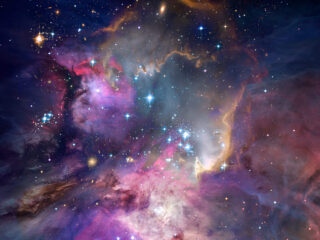 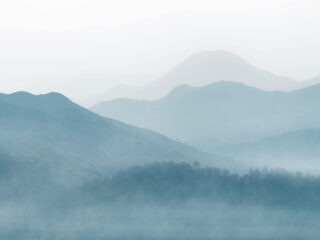 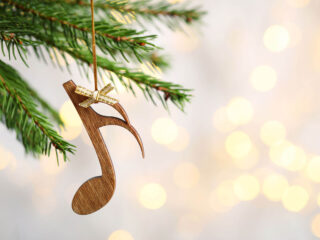