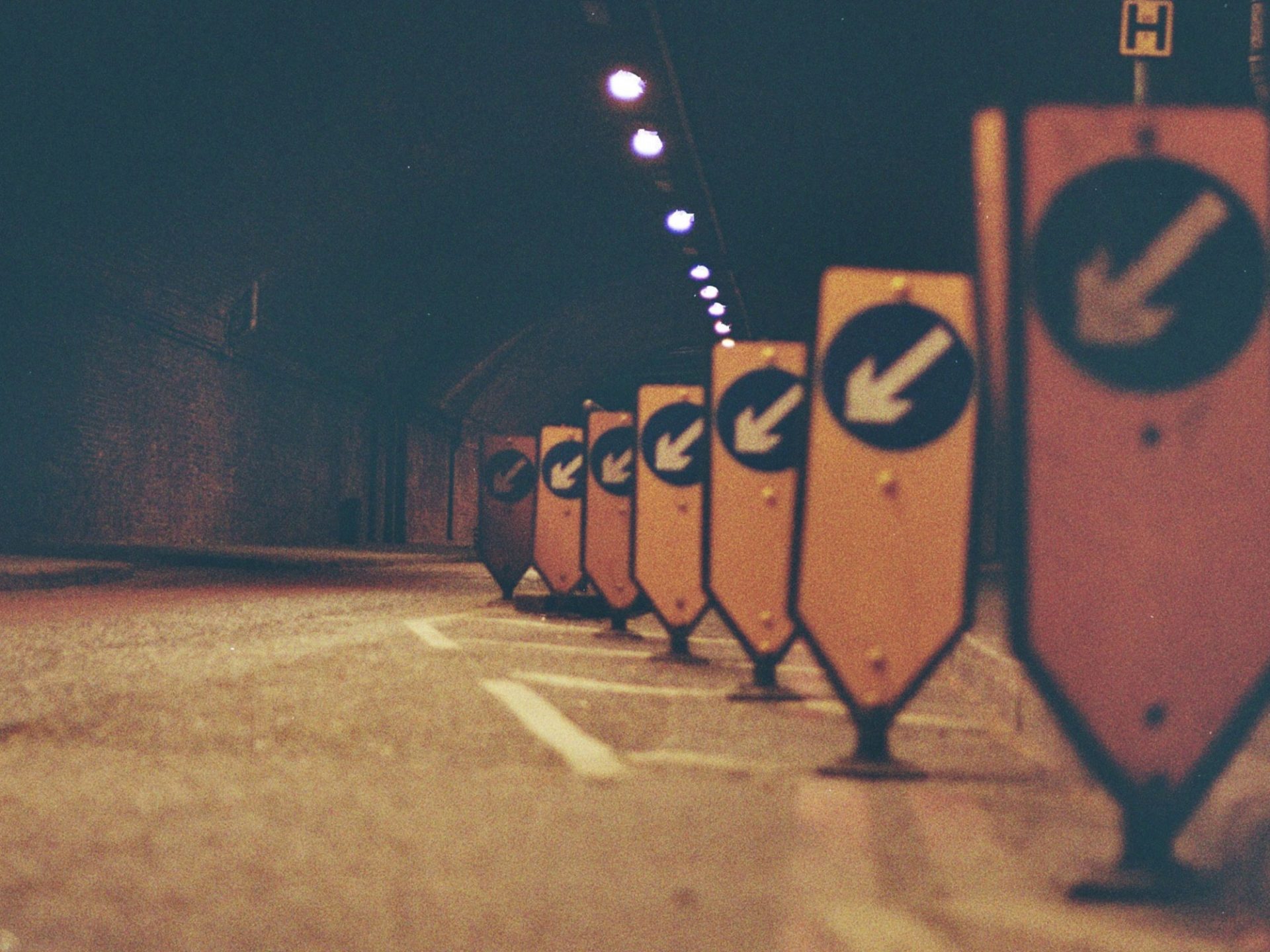 In no other book of the Bible is God’s pattern for redemption laid out more clearly than in Exodus. We have the Israelites, who continuously spurn God’s love even though he chose them to be his children. And we have God, who despite the Israelites’ grumbling, complaining, disobedience and false worship, is faithful in his steadfast loving-kindness.

We are no different than the Israelites in our sinfulness, and God is no different to us in his goodness. Just like with the Israelites, he comes to our rescue, showers us with an abundance of grace, and seeks to be in relationship with us. We miss this when we read Exodus as a history book. So, when I first led a group of teenagers through a study of this book, it was eye-opening to see Jesus show up in such unexpected ways throughout Exodus.

Concealed in shadows and signs, on every page of Exodus, and all throughout the Old Testament, is the story of Jesus and our need of him as our Redeemer King. Let’s take a look at just five of those passages where you may have missed seeing Jesus in Exodus.

After Pharaoh and his people were warned about the coming final plague, the Lord gave Moses special instructions for the Israelites to escape the killing of all firstborns. Each household was to smear blood over the doorway as a sign for God to pass over them and not execute judgment.

But in order to get the blood, a sacrifice had to be made. As stipulated by God, the sacrifice was to be an unblemished one-year-old male lamb—thus, the Passover Lamb.

Now fast-forward to the New Testament. Jesus had gathered with his disciples to celebrate Passover as the Israelites had done in remembrance of the Lord’s faithfulness to the Israelites ever since their escape from Egypt.

This particular Passover meal would be Jesus’s Last Supper, as it was right before his impending death. What the disciples didn’t yet know was the One presiding over the meal—featuring a sacrificed lamb—was himself the promised Lamb of God! Jesus was about to fulfill perfectly what the sacrificial lamb of the Passover in Exodus pointed to.

When the Israelites complained of hunger in the wilderness, the Lord answered by raining bread down from heaven. Every day, day after day, he continued to do so. But after a while they lost sight of God’s provision and grew tired of the same old bread.

They wanted something different. However, God choosing bread to sustain them was not random. To see its significance, let’s fast-forward again to the New Testament.

In this scene a crowd of five thousand had gathered to hear Jesus teach. Here too it was the time of Passover, so as a test, Jesus asked his disciples where they could get bread to feed all the people. It was then that Jesus took the five loaves and two fish from the boy and miraculously multiplied them into enough food to feed everyone, with twelve baskets of bread left over. Even still when the crowd caught up to Jesus the next day it was clear the miracle had not been enough to convince them he was indeed the Messiah.

Jesus is the true manna—the bread that sustains for life. What was provided in abundance to the Israelites in the wilderness was a pointer to the One who is our daily bread.

Once again, the Israelites were complaining, only this time it was of thirst. They were angry at what they perceived as God not keeping his covenant promise to them, and Moses was the one they revolted against. The consequence for a broken covenant is death, so in the courtroom scene of Exodus 17 the Israelites were ready to find him guilty and give him a death sentence.

But to gently remind the Israelites once again of his faithfulness, God told Moses he would stand before him on the rock Moses was to strike. It was as if God said, “Bring the judgment on me.” When water gushed out after Moses struck the rock, we are again pointed to the New Testament.

If you recall, Jesus’s last words as he hung on the cross after all had been finished were, “I thirst.” Soon after, when the soldier pierced Jesus’s side it was water (not blood) that came out. Jesus was thirsty for the Israelites and us and took the penalty for covenant unfaithfulness that we deserve.

Because he did, we drink from the waters of his grace that flow from the ultimate hard place—the cross.

Significant detail was given to the Israelites about how to build the tabernacle. So much information about colors, dimensions, materials, arrangements, even the tools to use, we tend to skip over much in the way we do the genealogy lists because they seem tedious.

But it wasn’t to God. Every specification, every item, every everything tells us something about how God wanted to be worshipped.

He is central to all of life just as the tabernacle was central. Therefore, God’s presence was constantly before the people with reminders hitting all their senses. Consider even how the stench of the ongoing sacrifices would remind the Israelites of God’s presence and centrality.

In Hebrews 8, the tabernacle, the priest, the Law, and sacrifices are called copies and shadows. The Israelites were able to enjoy fellowship with God through his dwelling with them in the tabernacle—but not fully.

What we see in Exodus with the tabernacle, the mediation of the priests, and the sacrificial system is an incomplete picture—a pointer toward what is to come. John 1:14 tells us upon Jesus’s arrival, “The Word became flesh and dwelt among us.” The Greek word here for dwelt is tabernacled. In other words, Jesus is the true tabernacle and through him God dwells fully with his people.

After the Israelites were found bowing down to a golden calf, Moses feared the absence of God’s presence. Desperately wanting to know he still had God’s favor, Moses pleaded with God to show him his glory.

So, God took Moses up to a cleft in the rock and said all of his goodness would pass before Moses, but since no man could see God’s face and live, he would have to cover Moses until he had passed by. Despite Moses not getting God’s face, he glimpsed enough of God’s glory to be visibly changed by it.

The Hebrew word panim used in Exodus 33 and 34 for presence and glory is synonymous with face. But the reason Moses did not get to see God’s face is because only later at the cross would the full radiance of God’s glory be displayed in the face of another man who had God’s back.

This time it was God’s own son who he turned his back on. His son is the one who bore God’s judgment of sin—so we could have God’s face.

Let’s skip ahead to the New Testament once more, this time in Luke 24 when Jesus appeared on the road to Emmaus after his resurrection. Jumping into the conversation between the travelers over Jesus’s death and their dashed hopes that he was the Messiah, we read, “And beginning with Moses (the first five books of the Bible) and all the Prophets (the rest of the Old Testament) he interpreted to them in all the Scripture the things concerning him” (Luke 24:27).

We have now seen five places we may have missed Jesus before. As we approach God’s Word as the one unfolding story about Jesus, it becomes for us the “manna” we need—not disjointed bits of advice and rules.

This is why Exodus! Happy hunting in your continued search to see him in it. “For the law was given through Moses; grace and truth came through Jesus Christ” (John 1:17)—who is visible throughout all of God’s Word.

THE GOSPEL-CENTERED LIFE IN EXODUS FOR STUDENTS: STUDY GUIDE WITH LEADER’S NOTES

The first in a series of small group studies for teens and young adults that traces God’s story of redemption through the whole Bible, The Gospel-Centered Life in Exodus for Students is a twelve-lesson resource written by Kristen Hatton to teach students how to study God’s Word and connect it to their lives.

Kristen Hatton is the author of Face Time: Your Identity in a Selfie World, Get Your Story Straight: A Teen's Guide to Learning and Living the Gospel, and The Gospel-Centered Life in Exodus for Students: Study Guide with Leader's Notes. She is currently pursuing a Master’s degree in Professional Counseling at Liberty University and is the founder and director of the Redemptive Parenting online ministry and podcast. Kristen resides in Edmond, Oklahoma with her pastor husband. Together they have three young adult and teen children. 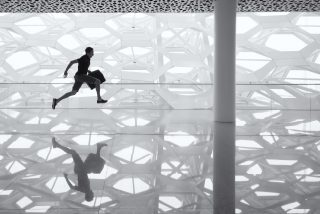 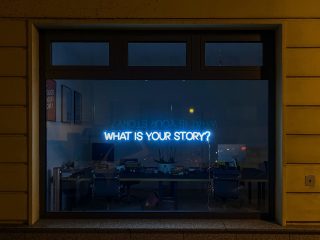 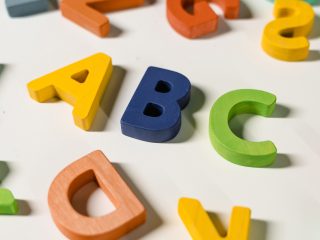 Kristen Hatton is the author of Face Time: Your Identity in a Selfie World, Get Your Story Straight: A Teen's Guide to Learning and Living the Gospel, and The Gospel-Centered Life in Exodus for Students: Study Guide with Leader's Notes. She is currently pursuing a Master’s degree in Professional Counseling at Liberty University and is the founder and director of the Redemptive Parenting online ministry and podcast. Kristen resides in Edmond, Oklahoma with her pastor husband. Together they have three young adult and teen children.